Capturing your screen could be really important at times , whether its taking screenshots from a video or taking game screenshots to brag your achievements or reporting app crashes to support forums . At times it could be also useful to take screenshots of your homescreens to remember the layout before a factory data reset in avoidable circumstances .

Previously there were only a couple of ways to take screenshots of phone screen shots which were complicated and had several limitations , one of them being the Android SDK where you need to connect your phone to PC everytime you need to take a screenshot , root access being the main cause behind these limitation .  But as rooting became popular many android apps which made use of root access became popular . One of them is Drocap2 which offers functionalities missing in apps made for non-rooted device .

DroCap is powerful but simple app which lets you perform your task with ease , DroCap2 comes with three modes :

Save screen captures in “jpg” or “png” format by changing the options in preference (Prefs) menu , togglesound tick effects , change the default folder name which is held on the memory card . Also change the filename prefix ex: name it as “screenshotDROCAP2”-12Jan-xxx.jpg . The application can also register a notification on startup which automatically which can be toggled from the Prefs menu .

Once you have set your preferences leave the app by pressing home button and start capturing screenshots by the method selected .

WARNING: You need root permission for use drocap2.

Tap start button and shake the device or wait for timer to capture screen image.

You can also make a capture trigger from Notification bar.

?Do not consume CPU resource on pause state

?Do not show Ad while no network connection[/learn_more] 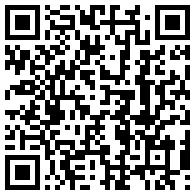