2 Player Reactor lets you face off against your friends in a battle of quick thinking and lightning-fast reaction times.

This Android game tests not only your reflexes but also your much of your basic knowledge. It’s perfect as a “bar game, ice breaker, or [a way] to decide who has to do the dishes!”

The game’s concept is simple. On each end of the screen, each player has their own “response button” which lets them “ring in” when they think the correct answer is shown. In the middle of the screen is where all of the attention must be focused because that’s where the questions/images are shown. There is a lengthy list of min-games that can be played including:

For example, the “mouse in maze” mini-game will display different screens in succession where paths are erratically drawn between a mouse and the cheese. When the screen is displayed with the correct path drawn, hit the “response button” before your opponent to score a point.

A useful feature incorporated into this Android game is the option to choose whether you want to play a “Quick Game” (great for impromptu challenges) or a “Custom Game” where you manually pick and choose the mini-games you’d like to play. In the current version, there are 14 different mini-games to choose from.

Conclusion: An innovative Android game pitting two players against one another in real-time to determine who has the quickest reflexes and the sharpest wit. 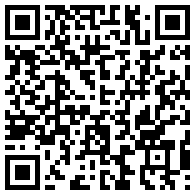