Posted by: Himanshu May 10, 2011 in Android App Reviews, Casual Leave a comment

Looks aren’t everything. Sure, they can get you so far in life, but in the end, it’s what you do that really matters and not what you look like whilst you’re doing it. Lots of people though, will tell you that first impressions are the most important, in which case you’d be forgiven for thinking that ColorBlind, the new title from Induction Games is an ugly, ugly mess.In fact, ColorBlind is an ugly, ugly mess, by far the least aesthetically pleasing app that I’ve ever installed on my phone. Its fonts are a mess, its UI is a mess, even the color scheme, which is mainly grey, is an unmitigated mess. In spite of all this though, somehow, ColorBlind is still a lovely, simple little game.

You’re presented with a color, and told to memorise it. Once you have, you tap done and you’re taken to a screen with a coloured square and three sliding scales – red, green and blue. Your job is to slide the scales around until the color you memorised on the first screen is replicated in the square above – if you’re closer than 75%, you move on to the next color.

It sounds like a simple task, but you’d be surprised how difficult it can get. At times the 75% marker is a little too lenient, but other than that the game is a neatly realised visual puzzler, that doesn’t so much task the grey matter as it does the white orbs attached to the grey matter. It’s fun, quick and there are a decent amount of levels to keep you playing.

Don’t let the terrible visuals of ColorBlind put you off, it’s a nice little game that will keep your eyes trained and your brain entertained for a good while. At the moment, it’s an app you show to your friends for all the wrong reasons, but with a bit of polish and an updated UI, it could turn into one you’d show off with pride. 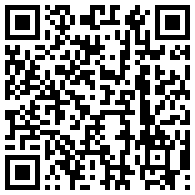