Posted by: AndroidAppLog May 10, 2011 in Android App Reviews, Productivity Leave a comment

If you have recently bought an Android phone, market would be the most frequently used service on it  used to download a variety of apps . Productivity being one such category which covers a wide range of apps to suit all your requirements.

I remember the use of multiple utility and productivity apps on my device to make my life simpler. Like i used a currency converter app for converting international product prices in local currency, a compass app to see the direction before I parked my car in the scorching sun besides a building to avoid it from heating in locations with a ‘parking full’ board, a phone tracker app to keep my android device safe against loss, a flashlight app which I used in my backyard and area’s with insufficient light and a lot of such useful apps on my phone. The only problem I faced with all of them was that they kept a lot of android services running in background leading to quick battery drain, another disadvantage was managing all of them was cumbersome because I had rush to my app drawer each time I had a new requirement which also forced me to buy task killers to close them periodically and maintain the desired performance and battery on my phone but later. Just trying to figure out a better way to help me in my day to day life came across a better and much simpler solution for my Android phone. Geek Tool is an app which not only let me manage everything at one place but also gave me access to all the tools I had been looking for on my smartphone  .

Geek Tool is one of the apps with the most basic interface with no extra sticker work and polish . Like we judge a sports car based on its engine rather than its design, the power and usefulness of an app definitely comes from the features it provides. What is a point of having an productivity app worth the title ‘beauty without brains”?

Ever found a 404 page on web, yes it means Not Found in Bold letters, but what about 403, 400, 503, 504 and other errors you usually come across.  The status codes section is small wiki of error codes seen on web. So the next time you see a 453 error by your mail client you would very well know that it’s a code displayed when there’s no new mail on the server.

Trying to convert numbers to a different system use the Decimal, Hexadecimal, Octal, Binary converter to help you do it quickly with any scientific calculator.

Being a Tech Geek you should be perfect with all the abbreviations used in IT industry and in general by anyone, check out the IT abbreviations sections which displays all of them in a alphabetic orders in a hierarchy making it easier for your to access any given tern you are unaware of . While Morse codes aren’t my cup of tea but any time in future if find them useful I would first open Geek Tools to have look rather than Googling and getting into the vicious circle of confusion.

Just for educational purpose or for professional use RGB color picker is a tool that will help you figure out the hex format of colors without any technical knowledge. The red green and blue bar makes It easier for beginners to understand the various combination of colors.

The Flashlight could be useful in a lot of situations like power failures, low light areas and your store room which has a fused lamp. With a bright white background your device will be able generate enough light to let you see things in dark and make sure you don’t hurt yourself in low light conditions.

Though Stopwatch and countdown timer are included with a lot of ROM’s and UI’s , having them here to make it easier for you to use them while under the roof .

As I already had an app for currency conversion, my basic question to Geek Tool was how was it batter than its competitor? And I got my answer with the most accurate currency conversion rates in real time with the update button which can fetch the current currency rates and make sure you are always perfect when dealing with international currencies. It also includes all popular currencies to convert your values to and from in a simple one step procedure. Marquee tool could be a nice screensaver for your phone if you remember and love the old Windows style look.

Geek Tool helps you in securing your digital information by creating strong passwords with optional elements like upper case letters, punctuations, lower case letters and numbers. You also get description of characters used in the password so that you can remember them easily. Have a look in the screenshot gallery below to get a better idea.

Wow, I loved this feature! Just imagine if you have misplaced your phone in your room and you are unable to find it . First this you would do is call on the number used on the misplaced phone. But what if it’s in silent? Simply send a message to your phone and it will turn on the volume and send you its location instantly. Activating this feature just takes a short minute, which involves setting up a password which has to be sent to it as a message. For example – LOCATE :< your-password> or LOUD :< your-password>.

Few other features include Network info which gives you details about your phones network connections and Compass & altitude gives you a quick look at the direction, azimuth, altitude, latitude, longitude, speed and overall accuracy.

Geek Tool does what it promises to in a simple and efficient way without consuming too many resources and power and makes me proud to have a Smartphone which actually does thing smartly. For a price less than 2 bucks this is the next productivity app your Android phone deserves. The last thing which I did with this app is converting the price of app from CHF to USD to show it in an international format to all Android app log readers.

Android app review brought to you by AndroidAppLog 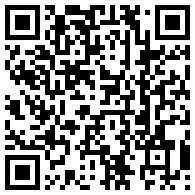