Posted by: Himanshu May 23, 2011 in Android App Reviews, Tools Leave a comment

The Google Translate Android App by Google Inc. app is Google’s very own translation software optimized for your android device. In sticking with true Google fashion, this app has no frills, is extremely well designed, very accurate and reliable. The app itself is a wonderful little tool and Google has expanded its language list for translation quite a bit sit Translates original inception. This could be due to the fact that Android devices now span the globe and more languages are constantly being requested as the android devices spread throughout the world. The app also comes with Google’s voice recognition software already integrated within the app to make for easy hands free translating
As soon as you open the app immediately you will notice the sheer simplicity of the app. You have one box for the current language, another box for the language you want to translate into and in the middle you have a “vice versa” button that will switch the languages with the tap of a button. You will also notice the voice integration and a nifty little SMS translation button, which when selected will take you to your thread of text messages so you may select the text needed to be translated. Enter in the set of text you would like to have translated, set the language you would like the text to be translated into and then select translate and Google will work its magic. While Translate is not 100% accurate it is accurate enough where you should be able to decipher what was being said. The translations are very literal so verb conjugations and slang may not be translated 100% properly.

Overall, this is one of the best translate apps on the market. At the time of this review the Google Translate Android App is free. Thumbs up! 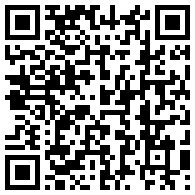