Posted by: Himanshu May 22, 2011 in Android App Reviews, Brain & Puzzle Leave a comment

LightUp is an interesting puzzle game wrapped up in some great looks and cool ideas. However, there are a lot of problems plaguing this game.

Playing with lasers is cool, and in LightUp, you have 48 different ways to play with them. Each level is a puzzle, and the only way to solve each puzzle involves using mirrors, splitters and other pieces to bounce the light into specific targets. As you progress through the game, it becomes increasingly difficult, offering new pieces and cool new tricks to do. If you can solve the puzzle under a par time, you can maximize your score, but you have to be careful, as there are black holes that add time onto the clock each time you hit them.

Every fifth level is an especially tricky level where the emitter is switched off while you place your pieces. When you’re ready, switch on the emitter and hope you have the right solution. Otherwise, the grid clears and you have to start all over again while the clock just keeps running. These were probably the most interesting levels as there was no way to figure them out without also resetting them each time you switched on the emitter.

LightUp features some very nice graphics with eye-catching special effects. It’s reminiscent of Geometry Wars in how colorful and psychedelic it can be. As simple as the game is, sometimes, it just looks awesome. My favorite part of the game, by far, is the soundtrack. It’s epic, sweeping synth-based music that doesn’t just set the mood, it’s good enough that I could actually listen to it outside the game. Great stuff.

Now, for the bad. There’s a number of strikes against this game that mar it in terrible ways. Inaccurate, unresponsive controls, sound effects that sound like they were recorded way too loud and not a lot of replay value. Some of the problems, especially the overdriven sound effects, are so blatantly obvious that I wonder if this game went through any kind of QA process.

To add insult to injury, sometimes, I start up the game and get nothing but a white screen. The app doesn’t crash, but the graphics go completely glitchy and the app needs to be killed before it will work properly again. Also, what’s the deal with the “Exit Yes/No?” pop-up box that doesn’t work at all? When I click the “back” button on my phone, this dialogue box pops-up. Clicking “Yes” just closes the box while the game continues to run.

The real kicker here is that LightUp is still on version 1.0 and hasn’t been updated since May 2010. That’s a long time to go without fixing a number of obvious problems. This game is in a pretty sorry state, and if I were you, I’d avoid it altogether. It could have been a lot more fun, but needs some serious fixing before it’s worth the asking price. 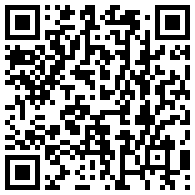 Previous: Go Green on your Android device with Eco friendly apps
Next: 1010ti.me