While we have been expecting this for while finally during yesterday’s keynote presentation at Google I/O 2011 in San Francisco, Music Beta by Google was officially announced. In its current beta state, the music service is available by invitation only in the U.S. Make sure to request an invite at music.google.com. For our international readers out there, we do hope that the beta quickly breaks through the American borders although no timeline was given. Important to note is the fact that the service is completely free in its beta form but might have a price/monthly fee with its official release.

Even while you’re waiting for your Google Music invitation, download the new and improved Music app from the Android Market. Check out the smooth, beautiful UI and listen to songs you already have on your Android device. 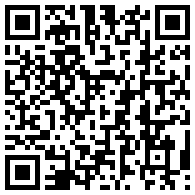