Posted by: Himanshu May 30, 2011 in Android App Reviews, Tools Leave a comment

The Quadrant Standard Edition for Android is an App by AuroraSoftworks. This is a benchmark testing app for your mobile device. The app will run a variety of tests on different items such as your 2D /3D processors built into the phone, CPU, In/Out and memory. After this is done running these tests will compile the benchmarks of previously released phones & show where your phone stacks up in comparison chart. This is a must have for any Dev or user out there as well as, for anyone who flashes custom ROM’s in order to see  just how much better the current ROM software is.

Overall, this is the only benchmark app out there (not literally, but should be the only one you use.)! At the time of this review the Quadrant Standard Edition Android App is free and is highly recommended. Thumbs Up. 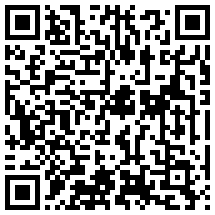 Previous: GeoCam
Next: 5 Must Have Android Live Wallpapers