The launcher is a big part of the Android experience. Since the launcher controls many things such as your home screens, dock, and app drawer, it’s hard to find one with all the features you need. GO Launcher EX promises to be a great looking, highly customizable launcher without sacrificing your Android device’s performance. How does it stack up against other well known launchers such as HTC’s Sense UI, ADW Launcher, and Launcher Pro? Surprisingly well, in fact.

When you first start up GO Launcher EX, it really doesn’t look that much different than any other launcher. It really starts to shine when you open up the app drawer. Instead of having a boring black background, this launcher uses a transparent app drawer that sits on top of your wallpaper. At the top you have three tabs for your apps: All, Recent, and Running. Those tabs are great for users who like to see what’s exactly running on their phone without having to navigate through Settings. A press of the menu button reveals options to control sorting, create folders, hide apps, and control settings for the drawer. Within settings, you can adjust how the drawer scrolls, what background it should use, transition effects between pages, and how many apps are shown on screen.

Just like iOS, GO Launcher EX supports folders. This is a feature that hasn’t been seen on very many launchers. You can create folders in two ways, via the menu button, or dragging apps on top of each other, iOS style. You can also drag the folders down to the home icon to place them on your home screen. This launcher also comes with the ability to download basic widgets such as a calendar and task manager to place on your home screen.

The customization of this launcher is also quite extensive. You can customize everything from icons and widgets with GO Launcher EX’s themes. Most themes can be found on the market, but for you advanced users, you can also make your own themes with a dedicated Windows application.

Performance wise, GO Launcher EX runs as fast as your other common launchers. I had minimal issues upon opening the launcher, such as waiting for the app drawer to repopulate, or waiting for the transitions to cache. Overall, GO Launcher performed as fast (if not faster) than all of the other launchers tested. The built in application management tools also help with performance because you can quickly and easily kill the apps that you’re not using.

GO Launcher EX does however lack in various areas. This launcher relies on caches a lot; Upon first loading it up you will notice that transitions and the app drawer will be very slow and choppy. This is the launcher building up the animation caches, which can take a few minutes. After a fresh reboot without loading any apps, it ate up around 27MB of RAM, about twice the amount of other common launchers. So, if you are running an older phone, you might want to think about sticking to your current launcher.

While the widgets are free, they are also not bundled in when you download GO Launcher. This isn’t a huge issue, but it is a little bit of an annoyance to go through each one and download them through the market. As stated above, GO Launcher EX also supports themes, though official ones are not free. It’s nice to support the developer, but I would have liked to see some simple additional themes to whet the user’s appetite.

Overall, GO Launcher EX is another great launcher for Android. It provides many features that are absent in other popular launchers, however I feel some of these features would hold certain devices back in performance. The interface the Go Launcher EX Dev Team created is extremely easy to use and functional. This launcher also provides a lot of features that iOS has which may be useful to those switching to Android. It takes the best of both worlds, yet still keeps one of the great features of Android, total customization. 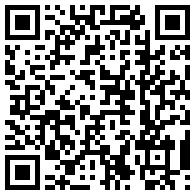