StarDunk, the iPhone’s free-to-play space basketball game, has made its way to Android. This is an unconventional ‘basketball’ game; the goal is to get the ball in the basket, but there’s more to it than just that. Different balls have different abilities and statistics; some bounce more off the backboard, some travel at different speeds, and they have different special abilities when all 4 lights on the backboard are lit up. These special abilities include a wider hoop, which makes it easier to get the 3X bonus for a shot that doesn’t touch the backboard or rim; a +2 multiplier bonus to all made shots; and of course, multiball! There is online multiplayer, in a sense; contests come up that players can compete in, the goal being to try to score as many points as possible in a 2-minute span, to try to be #1. Of course, without having some of the later balls and their bonuses, this will be difficult. The game is free to play, with StarPoints earned through gameplay and through completing offers, including app downloads, though there is the ability to buy additional StarPoints through in-app purchases.

StarDunk is an impressive port job from iOS; the gameplay is faithfully intact, and the game displays properly on screens wider than the 3:2 aspect ratio as well. The gameplay is fantastic for short bursts, as each round only takes 2 minutes. This is great for playing while waiting in line, or just when there’s a few minutes to kill. The best part about the Android version is that multiplayer is cross-platform, so there’s already an existing player base, and iOS friends can be competed against. While the game is based upon the earning of a currency that can also be purchased with real money, a lot of items can be unlocked by completing achievements instead of having to buy them.

While StarDunk does support the saving and restoring of profiles online, it does not allow for the import of iOS profiles. This is because the iOS versions use Game Center and Plus+ for authentication; these are not available on Android, so OpenFeint is used for authentication instead. This means that everything must be re-earned and unlocked. Also, on wider screens, there’s a bit of an adjustment that needs to be made to aiming compared to the iOS version, so there’s a minor learning curve there. As well, with the game itself, it seems as if a lot of the later balls are necessary to even have a hope of getting on the top board. This is the only problem with the cross-platform play; the experts already rule the contest leaderboards. It’s a long way to the top if you want to rock & roll, as well as rule the StarDunk contests.

StarDunk is a fantastic port of the iOS game, and is still quite fun to this day. Its short bursts of gameplay make it great for mobile phones. This is well worth a download. 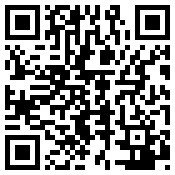