The Alien Battle Android App by AFTD Games Team is a game in which you are a member of a fleet who is battling one massive alien invasion trying to prevent human death. The game is very well designed with a good graphics engine that gives off an old school feel to it. The game does remind one a bit of Galaga, but instead the aliens move and you have a team backing you up. The touch controls on the game are very easy to learn and the learning curve on this games is not steep so you should grow accustom to it pretty soon.

When you open the app you will see the main menu and you will be able to select the character you would like to play with. After the selection the game will begin and your lonely ship will be cast into the alien abyss to fight for human survival.  You will drag the ship across the screen with the tip of your finger and continually tap the screen to fire your guns. The more ships you destroy the more upgrades and health packs will become available to help you fight the alien invasion. See how long you can last and send those aliens back to their planet.

Overall, this is an excellent racing game for the Android platform. At the time of this review Alien Battle Android App is free. Thumbs Up. 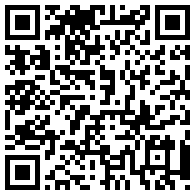 Previous: Want a Google plus invitation?
Next: Save valuable time when searching for Android apps