I started hating pigs since i first played Angry Birds but now i have one reason to stand them – The Aporkalypse – Pigs of Doom an Android App by HandyGames is an android game in which you need to save the pigs of Earth from the Aporkalypse. You can achieve this buy navigating the legendary pig through a series of puzzles and collecting gold coins on the way. The graphics engine behind this game makes for very impressive graphics. The game play is simple and easy to learn, and as you go you can pick up on the different abilities that the pig has at his disposal. The levels do require the use of logic based on the pigs abilities and get progressively more difficult as the levels go on.

When you open the app you will be brought right into the main menu of the game itself. Once you begin game play and watch the short introduction it is time to begin the game. The game consist of using the on screen controls to navigate the pig himself through a variety of different obstacles using any and all of the pigs abilities to put items in their proper place to reach your destination. In the main menu there is an option to select the level you desired to play. This option will only allow you to select the first four levels unless you have paid for the paid version.

Overall, this is a great game that is very entertaining. At the time of this review the Aporkalypse – Pigs of Doom Android App is free and also offers a paid version without ads for $1.39. Thumbs Up. 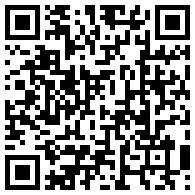 Previous: Automatically fill up your home screen with shortcuts to your most used apps
Next: Seekdroid