If jumping and tilting your device’s accelerometer is fun, Gorilla Jump is even better with loads of elements and variations in the game. Gorilla Jump is a game perfectly designed to add some more fun to  spare time. Everyone knows how much gorilla’s love jumping and eating bananas. Though Gorillas are not as naughty as monkey’s they too don’t like to see anyone around who poses threat to them. The aim of the game is simple; to play as a cute gorilla which needs to taken as high as possible away from the enemies by jumping and hopping over platforms.

When you are ready just hit the PLAY GAME and you enter gorilla’s world with lots of wooden planks, moving platforms, enemies, and powerups on your way. The gorilla too has some tough enemies like ever superhero has; hunters, gorilla eaters, leopard, and snakes are his main enemies which can kill the cute little gorilla. Stay away from the enemies or collect banana’s to shoot them it’s all your choice. But revenge has its own pleasure just like chocolates have over vegetables.

The best part about the game are powerups which include shield bubble, banana’s which need to be replenished every time to use them for shooting enemies, jumping mat which takes you thrice the distance of your usual jump, jetpack which makes you fly without the pain of jumping, superman power with which you actually fly at top speeds just like a super-gorilla-man.

Gorilla Jump is really fast paced game, unlike others which just involve reaching higher levels. You not only jump , balance and collect powerups but avoid bullets from enemies , stepping over snakes and going close to the leopard or hunter. There can be time when you need to use multiple actions like jumping and shooting together while you also collect coins to become richer by score.

Another asset to the game is Open Feint which makes it more challenging and increases replyability. You can challenge top scores and your friends to brag your achievements and high scores.

The concept of the game has been seen in some of the other popular games, that doesn’t make it really unique but what does is multiple enemies multiple actions and loads of power ups which together make it one of the most challenging and addicting games.

Gorilla Jump is available for just a buck on the android market and there’s a free trial version too which can be used to experience the fun before you get going with ad free fully featured paid version. 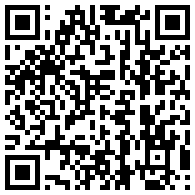