Zombies could be the most ugly creatures you would have ever seen on your smartphone’s screen, but if you are one of the big time Android gamer and wouldn’t mind smashing, chopping and juicing them with your powerful finger sword, Zombie Juice is a perfect game for you. You play as a hero to protect your city which has been infected by “Zompocalype” that is spreading at a rapid pace. Before you fall back in the warmth of your bed clothes, your aim is to protect your front yard from the safety of your garden fence with help of garden gnomes.

You start the game by tapping the juices lying on the screen, giving a juicy theme to the UI design. The “Zompocalype” has currently spread to only one city which is the level urban in the game and soon tends to infect other areas too. The developer promises to update the game with new locations in future. You just have two choices to save your city, Survival Mode – where you fight as long as possible or Freak Out Mode – be quick to kill the most number of zombies in 90 seconds to set a new record.

You start your survival from the front yard of your house where you juice up the zombies by sliding your finger over them. As zombies approach the garden fence, they start damaging It and thus your power to defend against them goes down with your health. When your outside defenses fail, you will fall back inside your house for a final chance of survival. Inside the house it can get even difficult to defend against zombies because they approach your bed from all directions and killing them gets a little tricky. The Freak Out mode lets you perform some quick action for limited time, thus you are allowed to choose your location from either inside the house or outside it.

The game includes wide varieties of zombies, both in colors as well as powers. The brighter one’s are called Special Zombies and adds to your blood meter when you kill them. Filling the blood meter helps you to unlock new weapons from your weapons bar. Some Zombies require double the number for strokes to be juiced while the Boss requires over of a dozen of strokes before it stop throwing its special weapons at the garden fence.

Are you wondering why this game mode is called survival, when it is all about action in there? The Kamakazi Zombie Doggy which just keeps barking until you pin him by trying to chop him, but if he is tormented he will sacrifice his life for the Zombies and taking away a huge percentage of your health. Staying away from him is the possibly the best strategy you will develop over time. As you progress in the game you come across even tougher opponents and more number of doggies walking in the battle field, making it more like a mess which can only be cleared by some useful household weapons like gas cylinder, lawnmower, freeze and gun come into play.

Score is a motivating factor behind the high replayability the game offers. Try figuring out new type of combos to score high with single stroke. The scores and achievements are stored locally in ‘my medallions” though they can also be uploaded online via Open Feint, where you can add your friends and challenge their high scores.

With a highly customized UI theme, easy to navigate menu’s and easy to play controls which include just sliding your finger over zombies to juice them up, Zombie Juice makes itself a highly addicting game for anyone who is not scared of zombies. Zombie Juice gives you high value for money and fun on the go with your Android phone. 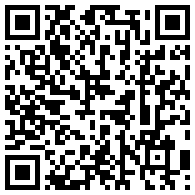 Previous: PixeGrab
Next: Track your plan