It has been asked by a lot of people, whether fairies exist? How can one see a fairy ? There are people who believe in magical, mystical things such as leprechauns, elves, mermaids and fairies, while on the contrary some feel they are a hype. Fairies – supernatural beings with magical powers – have existed in literature from Greek and Roman mythology to medieval legends to modern American bedtime stories. Although fairies look human, they are typically able to fly, cast spells (as with Tinkerbell’s pixie dust) and they can sometimes foretell the future. If you have ever wanted to be a part of the magical world of fairies and have been fantasizing about fairies since you were a small kid, well HiddenWorld Camera Android app lets you do exactly what you have been imagining. With this app you can experience the real fairy world for the first time  and interact with it.

What ‘Hidden World Camera’ is all about ?

Hidden World is a causal game where you enter the world of fairies with the help of the magical camera which can see the fairies and capture them in it. With Hidden World you can see 7 different types of fairies, Gnomes and goblins.

The app start with the main menu, taking you through the intro section that guides you, on how to use the ‘Hidden World Camera’ and capture the fairies. Once you get a fair idea of the functionality of the app, you are ready to go to nature driven places like forests or gardens where you can capture the fairies in their most natural form. You need to be quick and concentrate on the camera screen waiting for them to appear. The camera needs to be loaded each time to capture the mystical fairies. As you capture the fairies in your camera they are stored in the albums and the most amazing photographs can be shared with your friends by using the default sharing services available on your device. The app lets you recognize them and brings their bio details which include their looks, shapes, powers and also their food habits. You can also head over to the encyclopaedia section if you are a more than just curious to know about the fairies and have a look at their pictures.

Being a game, Hidden World has a scoring system where you are awarded XP points for each capture and unlock new achievements with more experience and your skills. These XP points can later be redeemed to buy fairy food items, fairy dust-which works like oxygen for fairies, mushrooms for gnomes and new houses. These items will attract more fairies and bring new and unseen fairies in picture. New items can be purchased in the Shop section of the app where the player can purchase new items through market cash if he/she falls short of XP points. As you earn more XP and understand the game better than before, you also unlock new achievements that reflect your progress in the game as well as how good you are at dealing with fairies. Notifications are a part of every game and here it is the mail section which notifies the player about new items received or makes general communication between the app and the player. 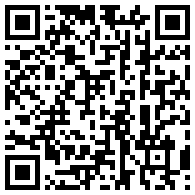