Parties are a relaxing way to spend a weekend and are a perfect way to reconnect with friends and meet new people. Whether you are planning for a sleepover at a common friend’s place, a bachelor party, a girls-only-party, or just hanging out in a bar, sometimes parties can be lacking all the fun you expected them to be. That’s where you can take the charge to add all the excitement with new ideas including fun party games. Whether you’re in elementary school or college, Truth or Dare games are fun for everyone. Ask your friends about the most memorable party they’ve ever been to, and it will surely involve those funniest dares or those most embarrassing revealed secrets. Spin the Bottle Free for Android is one such beautifully crafted game for similar occasions to add the extra fun you have been missing on.

Just like the game is meant to start in real, you start your game with Spin the Bottle by specifying the number of player within a range of 3-8, additionally you can add avatar’s and rename each player within the game for each understanding and making the whole experience more natural. The avatar’s can be added by snapping the picture of the each player instantly with the help of your camera and can be cropped further to select the face of the player.

The rules are pretty simple and the game allows you to set them before starting the game. You pick a penalty for every player who does not complete the task in the game, from leaving the game, knocking a drink to removing a piece of clothing. The bottle can be spun by tapping or holding the spin button, holding it longer gives faster spins and thus more spinning time to keep the thrill on. After each spin the game will display the name of person towards whom the bottle is pointing, this is a really useful feature specially when the bottle is pointing between two people sitting closely and it is difficult for everyone to make out the selection. Based on the choice of the player recorded in the game, they will be offered a question or a challenge. A response for its completion is required in yes or no to penalize the player. There’s no time limit in the game neither does it demand to be played at a stretch, so you can continue it anytime you are done with you short break or dinner. The game progress and all the player details including avatars are saved until you start a new game again.

The questions asked for truth challenges and dares are included in the game and can be adjusted according to the age group of people playing the game by simply choosing between “sexy texts” and “normal texts”.  This way the game is suitable for both teenagers as well as adults. There are over 100 questions and challenges included within the app which add to the fun at the party. To match the environment or your mood, the game can be customized with included backgrounds and adjustable sound levels.

Whether you forgot to carry a real bottle or have no flat table to spin the bottle or need no partiality in the game, Spin the Bottle will be your friendly assistant to do all the hard work and leave the fun for everyone on the table. You can also share the fun with other friends not attending the party by quickly posting updates via Facebook and Twitter directly through the game. The boring parties can now be made to rock and roll; all you need to do is just “Spin the Bottle”. The game summary is an interesting feature that could had been implemented in the game to show the vital statistics of the game when its time to say hasta la vista and end the game with a guffaw. But at the end it wasn’t a competition neither is it a setback for the game and all the fun you have at the party. The game is currently available for Free and in a Gold edition which comes with more questions and a new Psycho texts section. Spin the Bottle is definitely worth checking out and adding to the check list for your next party celebrations. 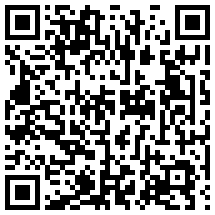