Werewolves, Vampires’s, demon’s, neutral’s , humans and more; the game Bad Blood is about casting spells, building units and choosing your heroes for the battle field where they combat against each other over the table top in form of cards.  Bad Blood packs the thrill of action games with the strategies used in card game to bring an epic battle between humans, vampires and werewolves.

The game starts with creating your customized avatar, allowing you play with the characters looks. You straight off get into the battle with your squad which can be built up as you progress in the game and start acquiring gold. The squad has variety of cards including heroes, units, spells and artifacts from different races like human, werewolf, vampire demon and neutral. Each card has it own unique properties like attack power, health and number of turns to get in the battle. Some cards not only attack but also increase damage on opponents, improve lost health and help you defend and evade attacks.

The table consists of staging area- where the cards wait for their turn, battle field – where they fight, and graveyard- that’s where they reach after they lose all their health. Similarly the opponent has his fields on the right. The aim of the game is to bring the opponents morale bar to zero by attacking his staging area or destroying all his cards while he tries to do the same against you to win the game. While you attack you also need to withstand the attacks of your opponent to win the game .

Though it might take some time to catch up with the game due to the lack of detailed tutorial in the game but as you progress you learn new strategies to defeat the enemies and unlock more powerful squad members with the help of earned gold.

The game has multiple modes including a campaign that takes you through multiple dungeons,  night watch, online multiplayer against other players and dungeon raid. Before starting each battle you get to choose squad members entering it. This is where you need to carefully choose your squad because it also decides whether you win or lose. Thereafter you more or less the audience to watch the fight, that sounds boring but that’s how the actual game progress is. Its just like choosing your best soldiers and sending them to the battle field, the king plans and soldiers play. You can add new cards and combo packs to your squad by spending some gold to make you squad more aggressive and resistant to attacks. This gold can also be purchased with real cash via in-app market purchase.

Bad Blood is catchy with its good graphics, sound effects that bring the game alive with a beautiful interface. The downside is the low level of interaction in the game a player gets. Well it might take some time before you actually start enjoying the game which requires basic understanding of the gameplay. Bad Blood is a fair deal for the fun it offers and its availability for free on the android market makes worth your games collection when you dont want to spend. If you love card games and don’t mind Vampire’s and werewolves playing against you, check out the this interesting game. 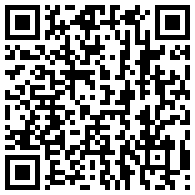