Gaming trends have seen a drastic change since smart phones dominance in the market. Despite so many genre’s of games, location based games tend to whole new meaning to games. Location based (LBS) MMO (massively multiplayer online) RPG’s (role playing games) tend to bridge the gap between virtual and real worlds in a fun intuitive way. Though there have been a couple of games for this genre on iPhone but the Android platform has just seen a few of them.

BigShot brings the same fun to your Android phone where you play in the virtual world fighting for the real things. Within the game you play as a normal citizen of your city aspiring to be the boss while you conquer new territories by fighting for them and defend your owned territories from other players. The game integrates itself with Google maps and uses GPS tracker to mark your location and initiate fights. So without actually being present at the location you cannot fight for it.

The game adds some more human factor to it by involving friends through Facebook invitation request. As you add more friends you turn more skillful and powerful. But while you are busy building your territories and turning more powerful, your opponents do the same and try to snatch your assets. Moving to higher levels turns your weapons and defense system outdated. You need to be in complete sync with the best weapons, armor and other recovery tools which can be purchased from the shop by sacrificing your hard earned money in the game or with gold which can only be purchased via android market. The weapons charge damage on your opponent, while the armor protects your health from enemy attacks. Health losses and energy losses can be either recovered with time or quickly with the drugs available in the game which are either won or obtained from shop.

Another question you would like to ask yourself is why are you fighting or capturing new territories? The simple reason is you receive rent money from each property/territory captures on daily basis. This money helps you accomplish your necessities like weapons, armor, and energy and thus move ahead in the game. The game gets interesting and really challenging as you move on to new territories with your upgrade level stats and that makes you play it on regular intervals after you recover your health and each day to collect rent money for purchasing new goodies.

BigShot is really addicting game that offers high replayability levels and great way to have fun with your social network, be it your friends, family of colleagues. The game has an impressive graphics and UI that wouldn’t disappoint you. BigShot is a relatively new game and is growing in number of active users hence there can be high chances that you may be only able to find limited users in your area but if you choose it to be played in your social network, you can get going from the first minute. The cross-platform game is releasing shortly on the iOS platform and will thus add up millions of new opponents from the popular platform too.

BigShot can be a wonderful geolocation based, augmented reality, massively multiplayer online game to have fun on this holiday season and all that comes for Free, so your aren’t risking your money for trying the game. 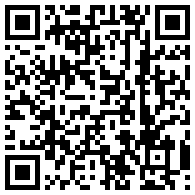