I hate pests and seriously no one loves them when they are a part of your house. There have been times when I have been struggling for days together to get them off my house with various pest killing techniques. Well, Bugsmasher Bugocalypse takes your fight with the bugs to the next level on your Android device. Bugsmasher Bugocalypse is fast paced bug smashing game where you take the responsibility to kill the bugs crawling on your phone’s screen by smashing them with your very own finger without the fear of their bites and sticky juices over your fingers.

Starting off with some of the lazy bugs you explore new bugs like flies, cockroaches, ants, bees, Mosquitoes and a few more of them as you move ahead in the game. The game gets really fast paced as you face bugs of multiple types from all the directions at the same time. What makes the game even challenging is the unique behavior or movement of each of them. Which you need to understand and use your strategies to deal with each of them and eventually kill all of them to advance to next wave. You also have another challenge of avoiding the bees which bite you in the game if try to smash them while negatively affect your score.

Each fresh game gives you 3 lives, which fade off as you miss bugs and they reach the other safe end of the screen. Missing bugs takes off your lives but you can recover them with extra lives received as power-ups. You also kill bugs in combo’s and collect bonuses which are available for a limited time onscreen to boost your score. During each wave you will notice a wave completion meter which shows your progress in the wave and thus gives you an average of remaining bugs in the wave. This fast paced action game requires quick reflexes while it gets even faster and challenging as you reach higher levels/waves and thus meet new enemies. It sometimes feels that you are about to break your screen while you angrily stare at it and continuously tap it until you juice up all the creepy bugs.

Bugsmasher has been impressively responsive in controls and its natural sounds effects that make you look at your finger twice before smash another bug are really fantastic. We found Bugsmasher game lacking a pause button on its gameplay screen and also a resume capability for waves left uncompleted in the previous session. You start with a new game each time you shut down the app, and that’s sad because you lose all your progress if shut it down for some important work.

If you are trying to spend your time on a short journey while commuting to your friends place or just waiting for the bus, Bugsmasher Bugocalypse is the perfect recipe to have fun in your spare time and can be played by every age group right from small kids who love smashing anything and everything to adults who seeking some extra fun while relaxing on a boring weekend.

The game is also available in fully featured ad supported free version apart from the pro version which removes ads. 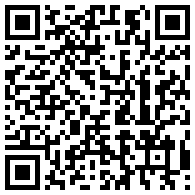