One of the oldest classic laserdisc video game Dragon’s Lair has finally made its way to all the leading Smartphone’s including the Android. Dragon’s lair was one of the most popular games in the early eighties, due to the fact that it was a beautiful, fully-animated game unlike the games which were outrageously fun but overwhelmingly ugly too. Though this is not the first port we have seen from Digital Leisure, earlier this year they released Space Ace for iPhone. With the mix of an interesting storyline, Quick-time-event game play style, impressive animation and sound effects Dragon’s lair tends to bring the same excitement on your Android device in a much cleaner way.

In the game you play as Dirk the Daring, and the quest is to rescue the fair princess Daphne who has been kidnapped and held captive by an Evil Dragon. Your journey in this rescue mission requires you to survive and defeat all your enemies in the castle. By quickly moving in required directions to avoid attacks, and bypassing obstacles with jumps or taking appropriate action you advance to new areas in the castle.

The game can be played in either Home mode or Arcade mode. The Home mode takes you in a story mode while the arcade mode brings the events as independent challenges where failing in one scene does not restart it, rather takes you to a new challenge scene. Both games are equally fun and require you to complete all the parts of the story successfully before you reach the princess and rescue her. Whether it’s the spare time you want to kill on a dull weekend or a short journey in the train both the game modes are designed for different moods.

The QTE (Quick-time-event) games work relatively different than other action games and are in continuous action mode. So you get never actually get a chance to take your hands off the device until you end the game or complete it. Dragon’s Lair is a really fast paced game which needs your quick reflexes and attention.

With the amount of time you get to control hints and action you may hardly find any time to enjoy the game in its actual scene where you are busy staring at the control buttons which glow up for hints in every scene. With physical control buttons this could have been much easier as you would not be covering up the buttons hints while you press them and thus see the second hint to take care of.  This is how QTE’s are like but this is not a setback rather a challenge and the game will not drop down the fun factor until you love fast paced games.

The beautifully crafter graphics, strong sound effects and a great story line make Dragon’s lair much more desirable and a fun gaming experience despite its price tag of $4.99.  Unlike most of the latest games which demand android 2.2 and above, Dragon’s lair will run on your Android 1.5 based old device too giving back the fun you have always demanded out of it without any compromise of the smooth and crisp graphics. 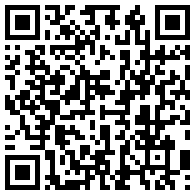