Pest control is definitely not the best thing you would like to do on a weekend, but if pests love your house more than you, its time for some real action. The simple concept of catching flies is turned up into a beautiful idea and an Android game Fly Paper by Matthew Broerman. The game is far more interesting and challenging than it seems in this review.

Well, your aim is to catch as many flies as possible and make the room tidy. Rather than the common approach seen in a few pest control games you would have played earlier, Fly paper uses a different game control strategy. You toss a fly paper that looks like a sticky and elastic gum from side to side of the screen to catch flies.  The Fly paper is slid by swiping from the edges of the screen in the right direction. No smashing, no squeezing, no tapping, it’s just the right strategy with the right timing that takes you ahead. Apart from just catching flies your biggest rival are the bees which take down your countdown time.  The Fly Paper in the game is very elastic and sticks to another side of wall while it is stretched to leave the previous surface. There is a little bit of physics and a natural time lag that any elastic takes to regain its shape. This physics fundamental makes the interesting concept of the game and is used as a weapon in the game to effectively catch multiple flies in one go.

Throughout the game you race against the clock and that what makes the game highly challenging is the desire to score higher by staying in the game for longer and ultimately catching more flies. To add some more excitement to the game, there a two different types of power ups- ‘extra time’ which adds few seconds to your countdown timer which the bees could have eaten up by sticking over your fly paper and the ‘bug bombs’ power ups that works great to kill all flies and bees on the screen thus giving you a quick boost in score and saving your efforts in the game.

When you are out of time you take the privilege to see your game summary including stats like total flies caught, best combo of flies caught and total points accumulated which is your final score. Highscores are saved locally and every improvement in a game is reflected as a star beside the new achievement. Thus the game gets challenging each time you defeat your own highscore. Replayability is the best part I like about such games which are quick to start, easy to play but hard to master.  For a wonderful game like this the exclusion of a social platform like open feint is something most of the gamer would miss.

Fly Paper comes with a clean and bright graphics, wonderful sound effect that match the theme of the game. Whether you are in a short queue, waiting for your friend at a restaurant or just relaxing on your couch, Fly Paper will quickly fill your spare time into fun. Considering what you get with the game, Fly Paper deserves its rightly set 99 cents price tag for both smartphones as well as tablets. 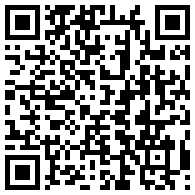