If call recording is one of the most essential things you have ever required for your business or personal needs just because you don’t want to miss on any point in the conversation with your clients due to lack of concentration or too much of background noises then a working call recorder proves to be a very helpful and convenient solution. Recording calls just requires a working call recorder app on lot of devices but on a few it could take more than just an app. Though some call recorders seem to work perfect on a certain group of devices without any extra efforts others may barely do the needful due to hardware differences. Depending on the chip maker of your devices you need to implement a functional method to record conversation from both parties on your handset.

We earlier discussed the various methods that are used in recording over different phones and what works and what not.  AllCallRecorder, Record my call, Total recall are few such apps which are have worked great on most of the devices but these may not be just enough to record on calls on popular devices like Samsung Galaxy II(SGH-T989), Sony Ericsson XPERIA arc/ray, Dell streak, HTC wildfire, HTC hero, HTC Sensation, HTC desire(Z, HD, basic), nexus one, HTC Incredible , Thunderbolt, EVO and many more such powerful smartphones. The two most popular apps we have known to work with these devices are rVoix and CallRecorder by skvalex. The only catch with them is they need root permissions or a updated kernel or both.

Despite the advanced features of rVoix, it still limits outgoing call’s line recording to be only recorded via manually triggering after other party answers on a few Qualcomm chip based devices, this has been a really disappointing task for the users. But that’s where CallRecorder by skvalex could help you achieve complete automation of your call recording. With a whole new interface design, a set of highly advanced features and a great functionality the app redefines the once impossible task as I-M-possible.

The new version that is being sold on the Android Market after a series of beta versions made available freely is much faster, stable and more user friendly than before. Moreover it is easy to set up if you have root access and the right kernel patched or this also works on other devices with standard android API. So you can use it on multitude of devices based on different hardware’s. Apart from the options to select audio format from mp3, wav and amr available in previous version the latest build also allows you to choose your folder for saving files, displays summary of files in dashboard and allows appearance customizations.  The advanced menu has options to set your exceptions for always/never record from different contact groups. You can choose the default action of each call to be recorded based on its nature of origin (incoming/outgoing) and type of contact involved( saved/unsaved). I have over 2GB and counting call records on my device but if you want to clear the record after specific number of days, memory size used or files count then you can automate it with simple options within the settings allowing you to limit space and keep your list uncluttered or you can use a simple delete conformation after each call. Further you can choose your default playback application and default hardware for playback (loudspeaker or phone speaker).

CallRecorder from skvalex is a really amazing piece of utility for many users with devices based on Qualcomm chips and many others, though others may still not find this paid app as useful due to the fact that any popular callrecorder can record calls on their device and mostly available for free. But if you love to keep up with every amazing phone available with your operator or launched in your country CallRecorder is a onetime investment to make sure you will be able to record calls on any device with ease. 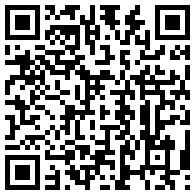