Guns, Tanks, fighter planes, ships, submarines, missiles and lots of breathtaking action, yes we are talking about the latest military action game. “Tropical Stormfront” is a real-time strategy game where you defend your bases and attack the enemy forces, ultimately destroying them to trashes.

Starting with a brief tutorial you get into the real warzone by choosing the type of game mode. While the campaign mode takes you through a short story line before you plan your war strategy accompanied by the strong music and sound effects in the game,  the skirmish mode allows you to play the war with your choice of difficulty levels based on various parameters like number of players/opponent teams, time limit, difficulty level and much more. Both the modes are equally exciting and challenging in their own ways.

The wonderful islands, coasts, ocean and air space bring a whole lot of possibilities in the game. Conquering territories, deploying your bases and defending it to finally blast the enemy area with the help of 12 different mobile units and 3 types of base stations is your aim .The military forces includes air force, naval force and tanks, each unit has a special ability and has benefits over other units thus helping you build your powerful war strategy to defeat the toughest possible opponents. At any point in the game you can see details of your units and bases which include their health, capacity of units being carried or produced (on bases and carrier ships). Units can be repaired, ordered to fire or move manually, automatically or patrol between two points on the map. There are lot of factors which each unit possesses like travel range, fire range, attack damage, armour and speed.

The mobile units available in the game are:

While you are building your military forces the enemy at the other end takes a similar approach to defeat you. Whether it’s transporting tanks with the help of ships across the sea or capturing enemy’s base station, you have multiple reasons to keep playing this addictive game with the 25 different challenges and combination of hundreds of skirmish modes between various countries of the world.

I have been a great fan of tower defense strategy games and this is one of the best games if you love both – the theme of military action and tower defense. This Android game brings a whole new level of challenge and excitement to the android platform with its rich animations and graphics packed in a military themed interface. The graphics are consistent despite full depth zoom-in on the map while also keep the game experience fluid with it easy navigation in the map and war area. The only feature we feel has been missed is the pinch to zoom support, through the map tray carries all required control but in a busy game trying to fiddle with the tiny buttons can be a little distracting. Multi-touch pinch to zoom controls can make navigating over a bigger map area even easier.

Overall Tropical Stormfront is a wonderfully addicting and challenging game. Considering the high end 3D design, variety of game objects and its challenging missions, Tropical Stormfront offers good value for money coming up with a price tag of $4.99. You can also try out the lite version to take a hands on and check the compatibility with your device before your purchase. 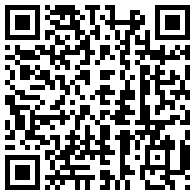