The action & arcade genre has gifted the android gamers with some of hottest games out there for free.  Well if you have been doing a lot of endless running and jumping, hold on and check out Evil Balloons – the latest fast paced run & jump game on the android market. Evil Balloons is a fantastic little first person Mario Bros type game. You play as Harry the hedgehog, Willy the warthog and Dany the dodo with an aim to get rid of the balloons which have made the forest too noisy and messed up.

You can start with any of these three characters available in the game and choose between the challenging-arcade mode or the endless-infinite mode which comes with social networking and Open Feint integration, so you can brag about your highscores to fellow gamers and friends. The game starts with a short story and a quick tutorial that explains the controls of the game.

The sharp spines of the hedgehog, the beak of the dodo and the tusks of the warthog are pretty useful in bursting balloons. To get rid of a balloons a character simply needs to dive over them and they eventually burst earning you some score and unlocking new challenges too.  But the forest is not an open ground and you need to watch out for the deadly obstacles that can take away your life. Though Evil Balloons may sound like an easy game in the first look, as you advance to higher levels its get more than just challenging. You face severe threats, have multiple objectives to achieve and need to have a good strategy with jumping techniques and powerup usage, which can let you bypass even the most difficult hurdles on your way when used smartly. Your secondary aim is to watch out for babies and rescue them to gain more points and ranking in each level. The game includes a wide variety of powerups like extra life, extra speed, slow speed (for more precision), bombs (to destroy your obstacles), flying power, handy fire switch and even more. Each level in the arcade mode displays a game summary on competition which includes number of balloons popped, level score, babies saved and rating based on gold, silver and bronze. The ratings can also be seen in arcade mode level select menu, thus you can choose to quickly replay a level and achieve the highest rating and share it with your Facebook friends directly from the game summary.

The in game graphics are stunning and so are the main menu animations which put it alive with character movements. The game uses a very effective approach of adjusting camera zoom levels within the game. Each time you make your character jump, you get a zoomed out wider view of the upcoming obstacles and powerups and balloons flying high in the air. Another feature that’s worth the mention are its controls which are not tied to tiny buttons but use different parts of screen making it much easier to use while you are busy concentrating on your character and various obstacles or balloons on screen.

In short, the game features excellent game play, an extremely low learning curve, and a fun interactive environment that keeps you engaged the entire time while you are enjoying the smooth gaming experience. The developers of the Evil Balloons are bringing new characters, levels and additional items to the game every few weeks, that one reason why you may not find yourself bored of it anytime soon.  The game is available absolutely free on the Android Market and definitely one that’s worth trying. 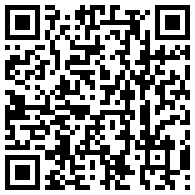