The Android OS has earned a huge fan base in the last few years. Its growing popularity due to its open nature, availability from a multitude of top level hardware manufacturers, and increasing number of apps available on the android market have given Android a surge of activations per day.  At the same time Android has been receiving the worst kind of compliments for its popularity; malware developers have increasingly targeted Android devices by uploading Trojan-horse apps to the Android Market which is well known for its less rigorous certification model that permits software developers to release app anonymously, without inspections.  Lack of app certification process has arguably been a big reason for the increasing volume of malware like viruses and Trojans on Android platform. But if you concerned about the security of your device against such malware apps and want to keep a track of applications that may damage your android device, its high time to choose the right malware defending app.

VirusFighter is one such app you can find on the android market. The initial setup is very easy and you do not require more than a couple of taps before you get started with it. VirusFighter aims at scanning the apps installed on your device for any traces of malware. While VirusFighter runs in the background it scans every app that is installed from the android market or through a package file right away. VirusFighter then notifies you whether the installed app/game is safe to be used on your device or not, with any issues affecting your secuity.  You can also scan all your applications and SD data that has been existing on your android device prior to installation of VirusFighter and ensure whether these do not compromise the security of the device and data within.

As VirusFighter is specifically meant for protecting you against malware based apps, it only consumes resources when any activity related to app installation or update is initialized, while stays idle the rest of the time. Each time an app is installed; VirusFighter scans it and notifies you through the android’s notification bar and takes you to the results when tapping on the notification.

VirusFighter does not consume as many resources as a standard anti-virus application including higher functionality does, basically because the main source of threats-third party apps are always scanned leaving aside the rest of the non-harmful processes. Thus the app will not slow down your device during general usage like playing games, surfing the web, or navigating through the OS.

Over a period of 7 days we installed over 40 new and unknown applications for test and scanned existing apps on SD card but didn’t find any severe threats from most of them. The exploits we found were the package files of rooting apps like visionary and z4root which are actually not malware but the way they use device permissions is somewhere close to what virus try to do.  VirusFighter warns you and gives you a choice to selectively remove the files that could be a threat to your device or all at once.  But you never know you could fall victim of a new malware app that sounds very appealing say a 3D shooter game on the android market which spy’s your private details like texts, call log, passwords or any other information without your knowledge. VirusFighter does a great job and offers regular updates to its anti-virus database. Though its effectiveness and usefulness with relatively new apps and rooted devices is still a question.

Overall VirusFighter is great tool to protect you android phone or tablet against any kind of Trojans, viruses, spyware, key-loggers and other types of malware in very easy way while also not affecting the performance of your device. 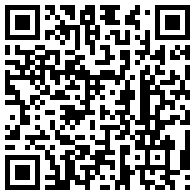