Drones have been quite popular in the World Wars. Drone, the unmanned aerial vehicle is usually controlled by either a remote or an auto-pilot that makes it a very powerful weapon for a combat. The 3D action game Drone attack lets you experience the same thrill as you pilot the drone to take revenge from your enemy forces.

The game starts with a short intro video of the drone taking down a fighter. Thereafter you can choose your game mode from a level by level campaign mode or endless survival mode to set new records. You are the only fighter left in your military force and need to destroy all the targets located in different areas.  Starting from the bridge area and advancing to higher levels you will discover new locations and objectives with each level. The main objectives in each level are to kill given number of targets in a limited time while also conserving your health.  In the game you control the drone from a remote location taking a side view of the whole battle scene.  The game includes a variety of enemy forces like Tanks, multiple types of chopper and fighter jets that make each level more fresh and challenging.

The primary controls are required for movement of the Drone which include altitude controls and navigation in right or left screen direction with the aid of a D-pad that can be used anywhere in the left half of the screen.  The weapon controls are located as static buttons on the bottom right of the screen making it easy for a round of quick fire over the enemy forces.  There are two different weapons Guns and bombs which can be used for destroying both air and ground based targets. You will also be able to collect new weapons as upgrades or powerups and use them with the default fire controls which get replaced with the powerful new weapons for a limited time or rounds.  At any time in the game you can keep an eye on the health bar, objectives and your completion progress at the top of the screen which will help you choose the best strategy for winning the game.

The game is a pure fun, not only with its unique concept but also the design and game experience. The slick graphics with animations like blasts and vehicle movements are blended together with sound effects that make it interesting to watch the happenings in the battle field even when you are busy controlling your sweet little Drone. Furthermore the smooth and responsive controls make the gameplay experience even intense and addictive. The only problem with the game is, the gameplay is repetitive in nature and moreover the battle field is not large enough to find each level same as fresh as the previous level. With the integration of Scoreloops leaderboards you will also be able to complete with worldwide scores and challenge your friends to beat your best scores. 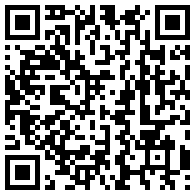