Modern day cell phone communication is taking a new look every day. Right from the evolution of alphabets, postal services, fixed line telephones and smartphones the communication segment has been strengthening its backbone with an array of technological breakthroughs.  But there’s one thing I miss about my older gadgets, their authenticity and natural feel I have been accustomed to for my life.

An all time bad experience with my mobile phone is when a call is dropped due to signal loss or by the other party and I am still involved in a conversation giving a hell lot of idea’s and cracking jokes because I am totally unaware that the call has dropped. It’s really annoying for me and anyone else to fall in such a situation either due to bad service of operators or when the other the other party is not interested in the conversation, say your girlfriend who is mad at you and doesn’t want you to complete.  There can be other situations like a brilliant proposal that stuns your client and the call abruptly drops. With DeFunkt Calls you know very well know whom to blame and when to pause if you call has been dropped. No more wasting your money and energy speaking to a dead line.  DeFunkt calls android app does it in a very realistic way with sound effects that will jog one’s memory of the old phone message tones.

DeFunkt Calls is pretty straightforward to use and there not much to look around in the settings section . Thus you are ready to start using the app by simply activating the function by a checkbox. You can customize the tones you prefer to listen each time a call is dropped or even choose to just let the phone vibrate and stay clean in a crowded or noisy place.  Next there is an option to adjust the vibration intensity of notification and that is a fair way to differentiate between any two vibration patterns say a message or another app that’s working in the background simultaneously.  Similarly within the interface you can choose the volume levels for audio notifications too but this is basically the media volume it adjusts, so the next time you pull down the media volume while the app is running, remember that you would also be reducing the notification volumes. The audio notifications are available in two basic types tones and voice clips like a lady saying “you call has been dropped”.  And the best part about the voice clips is that they are available in 14 languages with very crystal clear voice. The languages include English (US), English (UK), French, German, Hindi, Italian, Japanese, Korean, Mandarin, Portuguese, Russian, Spanish, Swedish and Urdu.

DeFunkt Calls makes use of cell phone call termination services and is the first one to implement it in a beautiful way. Though the UI is not that great but after the initial configuration, the UI is hardly a part of the real time usage. The app is great for anyone who would like to add a cool new functionality to their device that not only makes their life easier with mobile phones but also leaves your friends with a big question “How did you get that?”. DeFunkt Calls is available for a fair price of $1.99 which is totally reasonable considering the flawless functionality of the app without hurting the device performance.

Check out the advertisement video from the developer after the break. 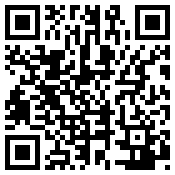