Once you sign up for a course by selecting the language you want to learn, you can choose to start with alphabets and later consider basic phrases.  Each of these courses needs to be downloaded separately for individual languages but is totally free. The alphabets are taught with their written form being displayed in both upper and lower case as well as their pronunciation which can be heard, repeated and re-heard along as you move on to new alphabets in the course. When an alphabet is displayed on the screen, the probability is that you may or may not know its correct pronunciation or association with alphabet. You can speak it aloud and tap “I’ve said” button if you know it or just tap the “I don’t know” button when you are totally new to an alphabet. Tapping “I don’t know” will teach you the pronunciation and you can even replay it to repeat it along. Though the two buttons look very simple but they keep a track of your language learning and thus every alphabet or phrase you fail to remember will be noted down and the app will automatically ask you the same thing until you are perfect at it. You can also watch clock running while you translate a word, while it is good for own reference there could be a possibility that the app takes your response time in consideration for randomly repeating each alphabet or phrase.  If there’s any confusion and you need just a hint to get the answer you can scratch in the hint area and will be offered hints in steps.  For alphabets you will get a pronunciation audio clip when scratched once, while for phrases you need to scratch once for each alphabet. The practice starts in a alphabetical order when you are dealing with alphabets while for phrases the difficulty increases with complexity of words and their pronunciations.

Europeist language learning can notify you to learn new words via notifications tray and thus remind you to keep up with your progress. To further boost your motivation “Europeist language learning” adds a Facebook connect option that can let you share the languages you are learning with your friends over at Facebook. As more friends notice and appreciate you for learning new language, this will self motivate you to keep going and even encourage you to start real time interaction with speakers of that language bringing new possibilities of mastering the language very soon.

We like the way the app has been put together with simple graphics and a clean user interface. For any beginner who wants to add new languages to his bio or wants to learn a good way to interact with his foreign friends or colleagues, Europeist language learning is a good start for the day. The developer also plans to make this app more powerful by adding courses for advance users in the near future and we would really want to take a look at the updated version too as we finish our beginner courses. Europeist is currently available absolutely free and its one of the best ways to learn so many foreign langugages using one single app in an interactive way. 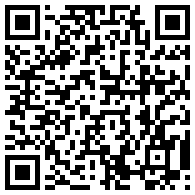