“Captain, are you ready to take the fire?” Here you go with Royal Sails. A naval battle fought for in the XVIth century where you play as Sir William Hawking of the Royal Navy. During the course you lead your troop and take part in the war against the Spanish armada in the West Indies by raiding enemy territories, treasure fleets and fighting the intense naval battles, to save the British Empire in the Caribbean.

The game is pretty interesting right from the beginning as you start conversations with your troop members and the story makes its way in the challenging game. You control one ship in your troop with cannons and ammunition to blow out stronger, faster and bigger enemy ships. Looks like an unfair game where your enemy is more powerful and equipped? Well, that not completely true. If you understand the game controls, the ship’s features and build a wonderful strategy you are always close to the victory.

Within the game you can take a look at the enemy ships and own ships with the map view which also lets you get the statistics of individual ships like type and health with a tap over each of them. Coming to the graphics we did like the overall presentation and colors though they could be improved to give a more polished feel of the game.

The game controls are dependent on the accelerometer for maneuvering it while the engine stays on and you just need to adjust the speed with the help of a lever. The ship can fire either towards its right or left but not straight this also puts on the aim of the enemies and that’s how it all gets challenging and strategic. The simple and straight forward gameplay is something which we liked about Royal sails. You can control the tilt sensitivity and sound effects in the game. What we did not like in the game is the tilt sensitivity setting does not increase or decrease consistently but rather jumps to higher levels so you may have a hard time getting the right setting for yourself or get a hang of the default settings as the tilt sensitivity tends to reset to default each time you play a new level or even restart the same level. But these simple setting does not affect the gameplay until you are comfortable with the defaults.

Royal Sails is a wonderful arcade and action game that’s pretty much worth its low price of 99 cents. Though there’s also a free version available on the play store but adds those creepy ads which are not a big deal when shown in the menu area’s and before a naval fight starts. 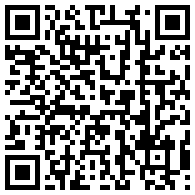 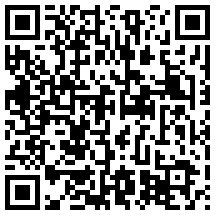 This Android app review was performed on HTC One X running Android 4.0.3

Previous: SENTRYsp InSight
Next: Nexus Q shipments delayed by 2-3 weeks due to no stock