When you have an opponent, you also have a challenge awaiting you and that why I love multiplayer games. In the game Sea Battle Live you play with a motive to sink all the opponent ships which are hidden under the water while they try doing the same with their guesswork and strategy.

When you start the game and choose an opponent, all you see is a part of the ocean with grids that is where you will have to drop your bombs and anything thing within the square grid will be damaged.  Both the players play turn by turn but get more moves for every successful hit. So there’s a probability that you can finish the game in just one move too but it all depends on how good you can guess the strategy of the opponent’s ship placement in the same limited area. While the game gets a human touch because who will be challenging real people when you spend your coins and not the computer. Sea Battle Live is completely an online multiplayer game, here you can find online opponents randomly or can even invite your friends for a challenge.

The game is based on a coin scoring system where you need to spend some coins to get into a battle. You will earn 150% of your entry fee if you win or lose 25% of your earnings on game loss. As you taste the victory your rank increases and you are shown up in the leaderboards with your global position, rank and total coins earned to give a glimpse of your talent.

Sea Battle Live adds a social touch to the gaming experience with facebook login, picture and avatar. Sea Battle Live delivers a lot of social fun while you challenge the expert opponents or your buddies. It would be fun having a casual chat with your opponent without leaving the game screen but you need to be quick while you chat or you will loose enough play time to bring your game to an end. The moves and initial ship placement are both time limited, means that you will need to complete your move within the time range. If you are falling short of coins you can either play more strategically or purchase the coins directly by making an in-app purchase. As you start getting a hang of the game you can place higher entry fee to play with more experienced opponents for a greater reward too but be careful before you spend or you will be out of coins soon.

The gameplay is not as smooth as we expected and often feels choppy when you drag the pointers in hurry.  Another downside of Sea Battle Live is that you need to finish your game in one go and cannot resume your next turns if you shut down the game. The “Live” term in the name thus actually makes sense but you may be missing all the fun with your friends if they are not available to play at the same time.

The graphics are average and so is the overall experience with navigation and UI but the concept and multiplayer fun is really worth appreciation. Sea Battle Live adds colors and characters to the classic pencil and paper(Battleship) game. So anytime you would like to have some good time with your friends or just indulge into a game that’s more than just a serious challenge, fire up Sea battle Live. 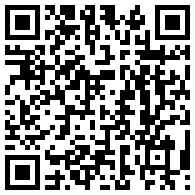