“Siri look out! Sagan AI here!” That’s a pretty bold statement to consider and that’s why we wanted to take a look at Sagan AI. Siri as we all know is arguably the best way to interact with a mobile device(iPhone) by making use of voice commands. Google Voice has been available on the Android platform for over twice as much time as Siri has been launched, but its hard to digest that Google Voice doesn’t even come close. “Siri look out! Sagan AI here!” tries to bridge this gap between the voice search and commands by making use of the goodness of Google Voice. The developer says “While Siri is ahead (yes, this admitted), we can only hope to improve Sagan more and more.”

Just like we were stunned by some of the most general voice commands and searches that Siri performed flawlessly, Sagan AI as of now includes 23 unique voice commands that can help you execute your instructions faster while reducing the number of inputs significantly. Sagan AI can help you with quick calls/texts to a specific contact, set reminders as calendar entries, set alarm, find places, navigate somewhere, see the weather and temperature info in your geographical location, open a site, search, play a song, turn on WiFi, airplane, silent mode and lot more. With Sagan AI you can do a lot of things actually faster than usual in your day to day life. Moreover Sagan AI is very light and blazing fast that makes it a better alternative over many other powerful yet slower competitors. Though there are a few grounds Google’s Voice recognition lacks the accuracy and due to the fact that Sagan AI relies totally on Google Voice you can end up with unexpected results too but over time as the voice search adapts to your voice and you get a hang of all the commands it all gets better and better.

The app starts with a warm welcome and introducing Sagan your personal assistant and asking your name. You then get to understand the command format and its always a good idea to take a look at the documentation to learn how the commands work with real examples. The app itself can be used as a shortcut on homescreen to speak a new command which isn’t a pain like few other bulky voice solutions out there. But it would had been even faster if there was a widget that could cut short the process.  While “Siri look out! Sagan AI here!”  does not score good enough on the design front but yes when I am looking out to a wonderful productivity app I am not concerned about the best visuals but the best experience.

If making your lives easier and more accessible is what you need from Sagan, well you wouldn’t be disappointed with all it has to offer in a simplistic, fast and affordable package. “Siri look out! Sagan AI here!” is available for free at Play Store and can be upgraded to a pro version anytime later. 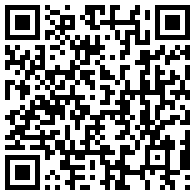