The highly awaited, open sourced and the most powerful light weight video player that has made our lives simpler on the desktop is finally available for Android. VLC recently launched and updated its beta version codenamed the Neon version.

It would be too early to say anything about the beta release but it plays most video formats fairly well on the android phones. We had a couple of videos that worked fine on the desktop players but failed to work with other popular media players on the mobile. Surprisingly VLC took them all in the right spirit and flawlessly played them.

VLC Beta also runs network stream just as good as the desktop counterparts. You will find all the amazing features like auto rotate, volume control through gesture, auto scan on first start, headset button controls, media directory selection and more. The interface is tabbed with music and video buttons. Further you will find music sorting by album, artist, song and genre which is all done with smart gesture navigation to keep things simple.

The settings section looks quite empty and that because the final build will bring all the new goodies to the VLC for Android.

The only limitation with the Neon version is that it was built only for the ARMv7 CPU and there will soon be a version available for other variant s of CPU. SO if you are quite aware of your phone specs, head over to the play store and download the beta (neon version) of VLC. 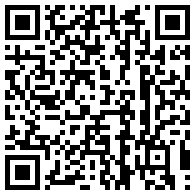 This Android app review was performed on HTC One X running Android 4.0.4