Trying to learn some new words or want to take up a challenge to check how good you are at English? Wordistic may not be the best way to learn new words but its fast paced gaming style brings the life to the game and makes it’s highly challenging and enjoyable.

Your aim in the game is to collect letters and complete a word of your choice. The only catch is, the word should be a valid English word and exist in the dictionary. Letters start falling from the top of the screen and escape from the bottom. The only chance to get hold of them is during their free fall by tapping over them. While you collect letters you should also not miss their sequence or else you will end up wasting your precious time undoing any wrong move. The undo buttons allows you to step back by one move on each tap to let you correct the word or switch to a new word. During the game play you can view the your score, target letters that need to be used for level competition and countdown timer that starts to speak in a robotic voice when you start the game or fall short of time. By collecting at least two letters you start getting suggestions that can complete your word. You can either stick by them or try your own language skills. The green highlight over the current word hints a valid word completetion. All you need to do next is press the high five button to add it to your progress or continue with adverbs, adjectives and verbs of the same to score higher.

The add some more challenge to the fast paced game, there are bombs falling along with the letters that cause some serious damage by taking away five letters from your progress in the level which accounts for at least one more word competition. Simultaneously you will also have addition time powerup which adds a few seconds to the countdown timer which can also be achieved by each word competition.

The level competition summary may not the best to see when you lose the game but does serve its purpose when you want to beat your own highscore thus making the game highly replayable. The game summary includes details like points scored, words completed and time taken in both individual levels as well as the total session. The summary also includes best word and all the words that were completed in the level.  The statistics serve a similar purpose in long run when you need to know your word usage count, best game scores, fastest level with time and 3,4 and 5 letter words used throughout the game.

Wordistic can be played in any orientation without making things look weird and that’s something really nice about the game especially when you are relaxing on your couch and don’t want to hold the device the way the developer wants you to. The game has some beautiful sound effect and music. Whether its touching those navigation buttons or tapping on letters that adds a piano sound effect to each tap which can be turned off optionally.  Though we did not like how the game start from level 1 each time because there is no provision to save game progress but it’s not a big deal anyways. The high five button sometimes does interrupt the fast paced gameplay and feels like a rival but the open feint integration makes us love it for the social gaming fun.

All in all, Wordistic is a decent word game for your Android Phone. It lacks the bells and whistles of similar versions but it can hold its own for those who like word games and are fast enough to catch up with game. 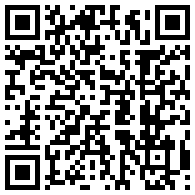