Been playing a lot of adventure and hidden object games since their evolution for the computers, I wanted to try something similar yet different on my android phone. The doodle styled graphics and point-and-click adventure genre urged me to take a look at City of Secrets. The first look at City of Secrets revealed its beautiful graphics over its story line that starts with a short video where two characters Rex and Mr. Moles are having a gossip. As you start with your first task to assist Rex in finding the hook, he accidentally falls in a hole that leads to City of mole-people which exists underneath the ground and eventually gets imprisoned for espionage. The story takes a new turn with this incident and you start to play as Mr Mole who goes on a rescue mission to bring back his partner, Rex the dog.

Your first mission starts when Mr. Mole discovers that Rex went missing.  By interacting with a rich 3D environment, finding clues, interacting with other people in the game and collecting items you move throughout the city to complete new challenges.  And all this happens in the City of Moles that is crafted with doodle theme and a beautiful set of graphics.  Each new location in the game feel very unique and is crafted to perfection with the best possible detail. The game could sell just for its amazing visuals. The animations of all the characters are equally good. Whether you are passing by other people or interacting with them everything feels natural by origin. Despite the heavy details the game does not give a jerk or feel choppy while playing it on most of the latest devices.

Both the characters are equally cute and humorous in the way they express themselves. The touch of humor has been also added to the dialogues in the game that make it so much fun and engaging that you may feel at times you are into the scene playing as Mr. Mole.  Its good to see subtitles along with each conversation in the game. Not only does it help you keep up with the story in noisy surroundings but also lets you play without sound in adverse conditions.

The first few sessions can be good to train gamers many who haven’t played adventure or hidden object games in the past.  With useful tips, hints and even a hint marker that marks all useful items on the screen to help you figure out you next move and eventually get a hang of the game. The four corners of the screen are dedicated to quickly access menu, objectives, hints and inventory of collected items. We did miss the navigation by sliding finger over the screen and so did we like to have the pinch to zoom feature, to which many gamers are accustomed but it is not get in the way of the gaming experience by any cause.

The game play is fluid and navigation gets easier and faster as you learn the basics. The only thing that turns more challenging are the puzzles that require you to be more attentive and remember the bits of story line that can help you solve your puzzles more efficiently.

The inclusion of humor and doodle styled theme does portrait it as a kids game but you could be wrong when tough challenges make you lose your patience and wonder what the solution could be.

City of Secrets is like an interactive story that’s fun to watch, challenging to play and even amazing when you look at the beautiful visuals.  No matter what’s your opinion on adventure games, City of Secrets will take you on wonderful journey that you will love to spare hours of your leisure time. 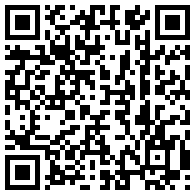