Reaching a million mark and still growing as one a the worthy RPG(Role playing games) on the Android platform, Dark Summoner is ideal for gamers who love the mix of action and strategy. The game starts with a beautifully animated video after the splash screen and later takes you to main mode selection menu where you have three modes to choose- mission, battle and summon.

The similarities with a trading card game soon end as you create your player and choose the mission mode that offers objectives. By completing missions you level up your player and find new monsters that follow the leader in each battle. As you get into missions you will use your energy but on competition you will add to the players experience and also receive gold. Level ups help players to gain battle points along with the energy that has been depleted in the fights. After completion of levels you can use your skill points to upgrade your energies and battle points which make your player more powerful by improving the characteristics like attack and defense.

The battle points that you gain by using the skill points on completion of missions can be used in battle mode where you can choose to fight opponents and watch them in action turn by turn. Based on the card values, hits and misses you end up winning or losing a battle. Each battle is followed by a short summary where you can see the energy spent, experience earned, gold collected and honour points rewarded. The more you earn the stronger you get with your strategies you can bring a new meaning to this challenging game.

Moving on to higher levels building stronger leader requires you to call for a sacrifice. The sacrifice mode will allow you to aggregate powers of two monsters by elimination or rather sacrificing a weaker monster in your troop. Building powerful leader may not be as easy because it costs many powerful yet weaker monsters and hard earned gold for each sacrifice.

Starting with the game for the first time is not an enjoyable experience as it takes time to understand the flow of the challenges. The quick start help guide is far from perfect but as you get into the real game, the fun begins.

Dark Summoners requires you to be constantly connected to game servers either over WiFi or 3G to get the best experience and download necessary files for the first start. Quite disappointing for people who have WiFi only tablets and want to keep up with the game on the go but it’s fair to stay connected for receiving daily rewards and even a rare monster.

If you are looking for a game with intensive fast faced action and a lot of physical exercise, Dark Summoner would not be your best interest. But for everyone who is more strategically inclined and loves action with the taste of challenges, Dark Summoner will make you addicted. The graphics and short animated movies are wonderful crafted but seem to lack the depth on larger displays.

With Dark Summoner you get in the world of over 700 deadly monsters that are starving for powers and victory. The availability of Dark Summoner for Free on Play Store makes it hard to argue over the affordability of the RPG. 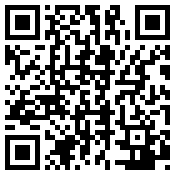