There isn’t a better way to start a game where you are the superhero and the world’s best hope. That’s how you start in Devil War for Android,  a classic MMO styled RPG where you take the stand to eliminate evil forces from world. With power, skills, energies, gold, weapons and experience you build the best warriors for the emerging war.

Devil War is divided into 4 different sections- quest, dual, item and skill. The first and foremost is the quest, it starts with a brief introduction of your war goals. By spending your energy and taking new quests you can earn gold as well as XP points that are the soul of RPG’s.  Winning the fierce battles advances you to higher levels for which you receive status points that help you improve the characteristics of hero like stamina, health, mana, attack and defense further improving your war skills. The energy bar at the top along with health and mana will automatically be replenished in predefined time that you probably spend waiting or by opening the game at more frequent intervals. You will also be notified with the default android notifications as your stats are replenished and you can instantly continue you game.

As your warrior gains more skills, you are ready to fight one-on-one battle against enemies in the Dual mode. The Dual mode is just like an online multiplayer mode which offers a variety of enemy opponents from across the world that can be challenged by throwing an attack. But as you reach higher levels your enemies turn to be more aggressive and powerful. That’s when you need to get new weapons and armor from the items section that offers new items for shelling a few gold. Each item improves attack and defense qualities.  In the items section you can also sell your old items for some gold in return.

To build the strongest warriors you will need to train your warrior with special skills and earn rune at the cost of gold each training demands. The advancing skills make your warrior stronger against enemy attacks and increase the win chances in each fight.

The profile section gives you a brief overview about your warrior and its stats. You can use earned stats points to upgrade stamina, health, mana, attack power and defense thus creating a powerful opponent for your enemies. But upgrading a warrior isn’t as easy because it requires you to earn them by the winning battles and completing quests.

We did miss the real time action in the game. The battle cannot be influenced by the player and is left all up to chance. Basically you watch the progress as numbers and finally a victory or a defeat whichever is more likely to be the outcome based on stamina, strength and health stats, a randomly generated combat system that determines whether the warrior will win or lose.

Overall the game is an interesting mix of strategy and realism. A growing community of users that bring the dual mode alive with devil warriors and their unique fighting skills can keep you engaged in preparing the best strategies and defeating others. Its hard to argue over the price of a Free game but definitely if you are into RPG’s and MMO’s then take a look at Devil War for Android. 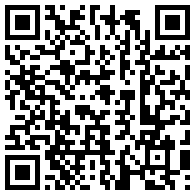 Previous: Gift Cards and WishLists Make Their Way to Google Play Store
Next: City Of Secrets