In this big world dominated by money and power, if given a choice most of us want to be rich overnight.  Those beautiful early morning dreams that were even day dreamt for being rich and famous. Well if you were not lucky enough to be a part of the quiz show, don’t bother. With “Who Becomes Rich (Trivia Quiz)” for Android you can take challenges in form of Trivia quizzes and show your skills to the world.

Who Becomes Rich uses a similar 15 question format where users are presented with questions that need to be correctly answered in order to advance to the next question and gain reward money for each of them. The game comes as a raw challenge and thus is non-customizable but when you are unsure about an answer you can use the same exciting lifelines that have helped many people become millionaires in the real tv show.  The lifelines include 50:50, phone-a-friend and ask the audience which here is your phone that gives you the right answer generally.

Just as you start the game for the first time you can get into the actual game and start facing the question randomly. The background music keeps you motivated all the time but can be turned out without leaving the game when you don’t want your boss to help you solve quiz and eventually fire you.

Who Becomes Rich has proudly surpassed a million mark and counting. Who Becomes Rich (Trivia Quiz) is perfect for all age groups. Right from school kids to a grandmother, the game is enjoyable and offers a steep learning curve. Improve your general knowledge or just test your knowledge or even flick out your android phone to beat your best score; Who Becomes Rich (Trivia Quiz) is a an anytime anywhere game with which you will learn as well as earn (at least the virtual currency) whether or not you win in the game. With an easy to go UI and simple design Who Becomes Rich is much more fun that you can expect. Though, we did miss the open fient integration to brag the world about our new achievements in the game but beating your own score is also a reason to be keep going until you turn to be a millionaire in the game. The game can also be played in portrait as well as landscape orientation  or can be locked to one of them making it comfortable to hold the device whether you are sitting on a couch in your leisure time or traveling in a train without a seat. 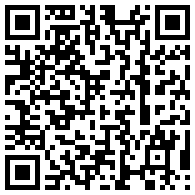