Invasion of the Veggies

Remember when we were kids, a healthy meal was the most scary thing of the day; we somehow wanted to skip it with the best possible excuse. But there’s another way to put the veggies off the way before they can make way to your house again, fight them back. The innocent and tiny fruits are afraid but ready to take the challenge against the bigger, powerful and rude vegetables under your support. Invasion Of The Veggies from developer XAntGames is a wonderful physics based shooting game, but that’s not all to describe a game as engaging as this.

The real action starts after you choose a cannon and load it with fruits to bombard the vegetables flying towards you.  The creative animations and colorful graphics are the first thing you will notice in the game. You will love the way carrots hover using their leaves, the brinjal tries to tease you and the onions are happy with their scary Halloween makeup.

The gameplay is very simple and can be quickly adopted after playing a few rounds of cannons. You can shoot the veggies by just tapping on them which will fire a fruit from the cannon or you can also hold, direct and release the cannon for more precise control over the fire. But these simple controls don’t necessarily mean an easier battle between the veggies and fruits. Invasion of the Veggies makes battles more intense as the veggies try to fly past your cannon, giving you limited time to aim the veggies. Other factors that make the game even challenging are fruit hit power, range of cannon fire, fruit basket capacity and reloading time.

As you shoot veggies one by one your cannon will run out of fruits after a specific number of rounds and needs to be reloaded. Reload’s are another important challenge in the game that need to be overcome with strategic planning or availing upgrades and purchasing new cannons, because each reload may  consume a few seconds of time while also making the cannon unusable during the reload. Advancing to higher levels brings bigger, more powerful and new type of veggies that can be tough to knock down but understanding the physics In the game and learning new techniques to achieve combo’s will be best way to achieve victory in each level of the game.  Even if few veggies make their way past the cannon, you don’t lose the game but suffer a loss of your precious health and your fruit ready bar reduces by a significant amount, that when depleted to zero brings the game to an end.

Upgrading your cannon can be best way to improve overall efficiency in the game which will also improve parameters like overall health, fruit type and fruit hit power, range of fire, basket size and reload speed. You can also buy individual upgrades in the game to improve specific features of your cannon when you are stuck at a level and want to get past it by defeating the veggies. But all it costs is money that you earn in each level by destroying veggies.

The graphics are good, though they are not the best you will come across; but everything is well presented to let you enjoy the game to the core. The game offers a very high replayablity and you will not just love to replay a level for new upgrades but also to beat the top scores of your friends on Scoreloop. Invasion of the Veggies is great for anyone looking to spend a couple of minutes in their leisure time to hardcore gamers who love physics based games. Invasion of the Veggies is worth spending a few bucks but Its free availability is just like some extra cheese on your pizza at no additional cost. 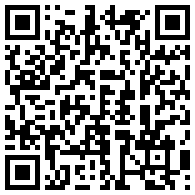