Matching puzzle and solving puzzles to beat the unbeatable scores has been a passion for every gamer that has had their hands on gaming consoles right from the evolution of video game when pixelated screens formed the tiles to match against each other. How frustrating it is being unable to find wonderful matching game for Android after playing the Tetris for over a decade. Hell No! Jewel Hexa is a wonderful comeback of the most enjoyable, challenging and addicting genre.

The fun starts as you enter the ancient ruins of Africa playing as Indiana Jones with two unique game modes, classic and action. Your aim is to find the real treasure by matching jewels and solving puzzles. While the classic mode is more like the classical jewel matching games where the position of jewels can be swapped in one direction with incrementing steps while the action mode takes it even further by adding shape switching which allows to rotate the jewel blocks. In addition to this the action mode is more challenging due to this simple twist in the gameplay. The rules are pretty simple and likely to be adopted very easily if you have played a matching game anytime in past. Matching three or more jewels of same color in a row, column or even in a diagonal fashion will clear them from the board and fetch you points for the number jewels cleared. Clear the jewels in combo’s and in single move to earn more points.

The puzzles gradually advances to higher difficulty levels with combination of jewels that drop randomly, new kind of jewels that add more complexity and increasing speed of the game as you reach higher levels. At one point of game the puzzle gets more off like a fast paced matching game that’s hard to carry on any further. Ultimately your scores decide how fast and skillfully you were in the game. The score are stored locally as well as uploaded on global scoreboards to complete and recognize the best gamers out there. Start off early and who knows you may end up being the highest scorers on the leaderboards.

The visuals are a mix of clean interface and colorful gems which pop up with sparkling effects when matched rightly.  The game has a wooden dashboard and gamplay area surrounded by scorebar, level indicator, the upcoming gem block in next step and utility items that work as powerups and come handy in a tricky situation. The controls include right-left navigation, jewel switching button and a block fastener for impatient gamers like me.  Pretty good to see that the game include button based controls and not the flashy tilt based controls that could end up making the game more complex rather than challenging, when you are trying to fight the controls than solve puzzles in the game. Another heads up to the controls which can have two different positioning formats to suit different audiences and make it easier to play without keeping an eye on all the buttons.

Jewel Hexa is one of the best jewel matching puzzle game you can find on the play store but  for gamers who have been throwing head to head challenges on their friends right from the early video game consoles Jewel Hexa is a step back for social and multiplayer gamers.

The unlimited puzzle challenges that are fun for every moment you can spare on the go to test your reflexes and skills make a perfect matching game for every android gamer right from a kid to a father heading back home in a public transport. Jewel Hexa is available in a fully function free version which can also be updated to the Full version that leaves the ads and limited action mode behind while also makes you eligible for new game modes updates in future. 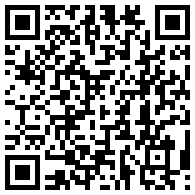 Previous: List of Kernels for HTC One X
Next: Introduction and basics doubts about Rooting