Build your island, train you soldiers, create some of the most powerful heroes, fight the most intense battles with you strategies and conquer opponent islands. Yes we are talking about Dragon Kingdom, the online strategy game we reviewed earlier on AndroidAppLog.  And now X6- the developer of game has announced an update to their grand strategy game with an array of exciting new features that are ready to be enjoyed by everyone.

Dragon Kingdom comes as a complete social simulation game that can be played with friends and enemies. The level of social engagement in the game is pretty high due to the variety of tasks you can perform on your friends island. You can help them speed up the progress of their upgrades, steal resources in their absence, create merchant runs with them to earn rewards and chat with your friends to plan to a strategy to defeat your rivals with raids, battles and finally occupying an island.

The legion tavern now allows you to recruit legendary heros. For gamers who have been gaining reputation from winning battles and helping others can now also exchange honorary gems and reputation scrolls to earn higher reputation and redeem the same for new equipments and recruiting legendary heros. If you have been desperately waiting to level up your legion, you can now sign in and donate as Legion building are now open.

If you have been playing the game for a while you very well know why older heroes tend to be less appealing as you get the newer ones. For the same you can transfer the experience and growth value from the old heroes to the new ones building better and powerful heroes you have always wanted to have to win fierce battles.  Another much needed feature Dragon Kingdom brings in, is the Power bonus and rate of recovery of soldiers adjustment in Watch tower.

X6 has also planned to add equipment enchanting system that gives you three random stats when you enchant your equipment’s. There also a New instance being added in the next update which is promised to be even more challenging than the floor 100 in ghost ship, named the Grave of Dragon.

More fierce battles, powerful heroes, bigger raids and an amazing reputation system all comes up in an exciting and rewarding new Dragon Kingdom. The update isn’t one you should miss if you are already a gamer of the title or have recently found love for strategy and simulation based games. Dragon Kingdom players can share their views on the new update in the comments below. 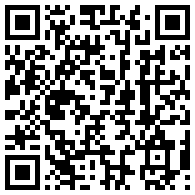