Are you one of the big fans of Glu Mobile after playing super hits titles like Gun Bros, Contract killer , super pro boxing and a few more; if yes then have a look at the latest addition by Glu mobile – BUG VILLAGE. In this Android game you build a village with several different types of bugs who have home that you built in the village. The village depends on resources which you must set up to be garnered. The gameplay requires a tutorial which is extremely helpful in understanding the game and does simplify the controls and game play. The graphics engine on the game is on par with some of the better games for Android.

Once you have completed the tutorial it’s time to begin growing your village. The game has you building and curating a tiny village for bug people. Your goal is to try to increase your population as high as possible by leveling up to increase your population cap of bugs and bees. You do this by building more houses, but to build more, you have to use the game’s primary currency, acorns. You acquire acorns by sending ants to harvest resources from piles and sending bees to harvest nectar, both of which go towards your total acorn count. You’ll occasionally have to help ladybugs who have fallen on their back and can’t get up by tapping on them, and ward off stink bugs by tapping on them 3 times until they disappear; both activities will net you experience points. Your bugs will get hungry over time, so you have to buy them food to replenish the village’s collective hunger bar.

Overall, this is a highly recommended casual game available for free on Android market. 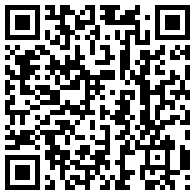