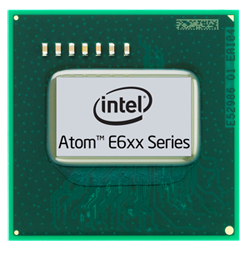 The internet is once again buzzing with Android news, and this time it comes from a big name processor manufacturer. Intel recently published a video on their new E6XX processors, and that video had a funny little slide boasting Android support. Upon further digging, it turns out Intel will bring Android 2.3 Gingerbread to the new Atom E6XX processors in January 2012. This is both exciting, and concerning at the same time.

First, the concerning bit. Google is slating its next major OS release, Ice Cream Sandwich (ICS), for a October/November release. This version of the operating system is designed to run on multiple form factors, thus finally uniting tablets and phones under one umbrella. This also means that Intel is choosing to use an old platform for their new low-voltage processors. With so much market segmentation already happening, is it truly wise for Intel to go with an older OS as opposed to utilizing something that is being designed to be more universal?

Now the exciting bit. Intel has been struggling to release an Atom processor with a low enough voltage requirement to make it a viable phone/tablet contender. Intel has been stuck in the set-top box and netbook area for many years, until now it seems.

While Intel claims this new processor is not for the smartphone, they are marketing them towards retailers, fitness equipment manufacturers, in-vehicle navigation systems, and more. What does this mean for you, the consumer? Imagine a refrigerator that tracks your calories and syncs up with the treadmills at your fitness club to help you optimize your workout, or if you don’t like the navigation app on your car, simply change it to something you like. We could see Android start to penetrate every aspect of our lives, and Intel could be a driving force behind it.

While it is still early to see how this will fully play out, the future is exciting. Who knows, maybe our phones will one day start becoming the new laptops, with only a docking station and external monitor becoming necessary. Skynet is just around the corner!