There are a few basic qualities that define something as being a game. It has to have some sort of end goal (a way to win) and a set of rules that you work within to reach that goal. While Buka HD does strictly speaking qualify as a game, I still have a lot of trouble referring to it as such.

Your job is to guide Buka, some sort of outer space bowling ball creature, through space, keeping him safe from all of the angry space creatures that want to hurt him.

Buka teaches you how to play the game by spouting line after line of baby talk about things like “happy points”. The problem here is that the game doesn’t need that much explaining – you can drag Buka across the screen, but other than that, you’re just tapping the screen to make enemies move out of the way, and holding down on the screen, then releasing to make them explode into smaller bits that you then have to get rid of. The enemy types change a bit, but the gameplay never does – move Buka around, and tap frantically to get rid of the enemies.

To be fair, the game functions as intended. The controls feel snappy and responsive, and we never ran into any problems getting Buka to go where we wanted him to go. While it is functional, the whole experience just feels excessively simple and repetitive.

For gamers looking for a super simple casual experience they can take everywhere with them, Buka HD will provide that experience. You can pop open the game, tap the screen frantically for a minute or two, and beat a level. Just don’t expect the experience to get any deeper than that. Buka HD is good at what it does, it just doesn’t do much. 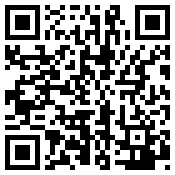