I still remember the fun I had with my Nintendo and those amazing arcade games I used to game on for hours together making excuses to skip meals and school. Snow Bros Nick & Tom brings the same retro style arcade fun with a punch of action on your android phone.

You play as the real hero with an ultimate aim to defeat the monsters and save your princess. But unlike the traditional hero’s wearing a series of arms and ammunitions to blast the enemies you are on your own with your skills and your magical power to freeze your enemies with snow and kick them down to doom.  Advancing to the next level demands you to eliminate all enemies. You may also receive powerups and bonuses during the game which can help you stay strong against the opponents and also score well for the final star rating of your performance out of 3 stars. Star ratings have proven their worth in so many games seen earlier and do the same by making the challenging levels highly replayable to score a full 3 rating. High score lovers may miss the non-availability of a level restart button in the game along with the Open feint integration which is supposed to be included in the upcoming version.

The game comes with 3 difficulty levels 5 different stages and 50 levels to play against 4 different enemies and face unique challenges in each level that will keep you hooked to your device for hours together. Starting with the game as a beginner could be challenging even during the initial levels just because the game does not educate you of your goals and gameplay activities. If you have already played the Snow Bros you probably are aware of the controls that have been duplicated to provide the exact same experience. All you have is on screen joystick controls which may be uneasy to use during the initial gaming sessions but once you get a hang of it, the game get more enjoyable and you will no more need to spy on them during your game. You can also readjust the position, size and transparency of controls to match your habits and thumb size during the gameplay.

The game can be played in two different views- portrait and landscape unlike other games which lock you to one orientation but that’s also a loss of your precious screen estate which would not be effectively used by the game because it needs to maintain the aspect ratios of graphics but it doesn’t put down the fun in the game. The graphics are colorful and sharp just like we have seen in the original Snow Bros with the character animations used for actions. The cute snow shell breaking “game over” animations are good enough to tease the losers.

Reinvent the fun of arcade games on your android device with Snow Bros. The game is really fast paced and addictive to fall in love despite its old school graphics. 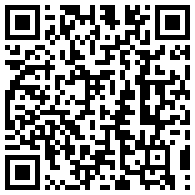