Ever taken a look at a Petri dish under a microscope? The tiny little organisms look so calm and stable but in the real world there’s an ongoing fight – A fight for “Survival of the fittest”, perhaps this phrase finds its relevance in almost every part of the world and challenges today, but it all started from the evolution theory which describes the race to survive in the most adverse conditions and competition for food and power which is the ultimate goal of organisms. “Petri” is an android game that takes you in the same competitive and fierce world of microbes where you play with your army of microbial soldiers in the Petri dish.

The impressive UI that makes you amazed right from the live main menu which is like an actual game going on under the navigation buttons. You gain fair knowledge of the game by just taking a look at the menu where tiny microbes are fighting each other and collecting food. As you interact with navigation buttons you zoom into specific locations of the Petri dish which looks like you are observing under a microscope and zooming in and out.

The initial levels in the game are simple and provide in-game tutorials that teach you the art of survival. Navigating your microbial soldier is done by sliding your finger in the direction of movement and the best part is it is not confined to a specific region of the screen thus you can freely and easily move your microbes without obstructing the view under your thumb. The game also uses general phenomenon in evolution theory where your microbes can be split into two using Binary diffusion. There are controls to move selected microbe faster and to even scare your enemies. All the controls are placed in the bottom centre of the screen to quickly deploy their effects.

In the game your challenges are not limited to eliminating enemy microbes. There are many other microbes that add new hurdles like sticking on to you and reducing your mobility. Other challenges include large molecules of the medium that can partially block your way or flowing molecules that can drag you or push you out of your way. Then there are other organisms in the Petri dish which are harmless but will eat away your food and thus make it challenging for you to quickly grow and achieve dominance over enemies. You need to be bigger by at least one step to eat your enemies as equally sized opponents cannot compete on the attacking ground. Similarly you will be eaten by larger opponents if you go near them.

Petri takes the gamer in a completely new world of microbes with the beautiful graphics, animation down to the best detail and music that goes hand in hand to bring a wonderful gaming experience. For device’s with a relatively smaller screen and processor or based on your personal preference you can change the graphics between good and awesome.

Petri is well worth the 99 cents price tag for its absolutely great UI design, graphics and addictive game play that steps up to the most challenging levels with your progress. For anyone who has been waiting to try something really different Petri is worth taking a look at. 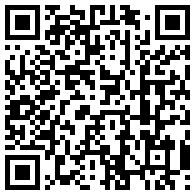 This android game review was performed on HTC One X running Android 4.0.3