Have you ever left your phone on a restaurant table while you were away to wash your hands, or ever forgotten it on your office desk? Maybe you are not the one with the habit of forgetting things but there are rare chances that you may keep your phone on charge when the low battery notifications drive you nuts? Is Kensington lock, the only thing that comes to your mind when you want to protect your favorite gadget against unwanted people and burglars? Come-on who uses an ugly Kensington lock with a smartphone and moreover there isn’t a perfect way to use it with your smartphone. If you aware of the burglar alarms in banks and other financial institutions, its pretty easy to understand what Mobile Alarm System does. Focusware brings the same hi-tech security to your android phone and moreover takes it all one step ahead on your favourite mobile platform.

Mobile Alarm System is a fully featured and secure burglar alarm app for your android phone. Now whatever be the reason you leave your phone on your desk unattended for hours together or just want to ensure the safety of phone and its data while you are away from it, Mobile Alarm System will keep all its senses wide open to notice and alert on any suspicious activity.

By using the inbuilt sensors of your android phone Mobile Alarm System can identify almost any kind of threat, right from an unwanted person coming near it, touching the phone, unplugging it from a charger, trying to unlock it without permission, placing it in pocket and in many more ways with the combination of sensors that make it ultra-powerful with its flawless functionality.

Say I just left my phone at my desk when it is too crowded around . To make sure no one tries to touch my device or even if he/she does I come to know any suspicious activity, no matter where I am or how much time it might take me to come back near my device. To secure my device in such an environment I can turn on the movement sensor that will detect if my phone is moved from its position and start alarming thereafter, or I can turn on  the front camera that will notice anyone trying to directly peep onto my phone’s screen. The phone will then capture the persons image secretly while also ringing an alarm. I can also use the unplug from charger sensor to trigger the alarm when someone’s tries to steal my device while it is on charge and I am away. Apart from this the app has noise sensors which can be used in multiple ways like home safety alarm during night which would ring when a burglar tries to break in.  Mobile Alarm System when turned on adjusts itself to the surrounding disturbances like noise, vibrations, charging status, proximity and screen lock status and later can be minimized to android home screen or  the device can be locked to conserve battery when using security features for prolonged period of time without a charger.

Mobile Alarm System  has a good choice of settings that can help you customize the app according to personal requirements or environment of use. You can use multiple sensors to notice any activity with higher precision and also adjust sensitivity of each sensor between low, medium, high and very high to work in multiple conditions and combination. If you wish to keep Mobile Alarm System always On, you can delay the alarm trigger by a specific time that will give you ample time to enter a passcode and get past the security check without disturbing people around you. The alarm volume and multiple alarm sounds can be chosen from the 8 presets that give a hint of security breach with tones like police siren, ambulance, security breach alarm, hooter and more. The camera sensor as said before captures the images in its range when turned on, so you can choose the camera you wish to use either the front cam or the rear cam. The best part about  Mobile Alarm System is that you can be remotely notified of such alarm triggers and their cause(say a movement, camera motion, noise or anything else) which is good enough to let you understand the risks involved with the help of a text on another phone, an email or a phone call. The alarm has an option to self-turn off after a specific time and retriggers if the threat continues to persist or you can also keep it in an endless mode that demands you to enter a pin code choosen earlier to disable it. So the burglar has the only choice to leave your phone and run away or get spotted by people around.

Mobile Alarm System is a wonderful utility, a multipurpose security solution that can be used in practically unlimited ways. Whether you are trying to play a prank or want some serious security for your android phone or anything under the camera view(see the snapshots in screenshot gallery, the app took while we tried to grab a wallet on table). For an unbeatable price of just over a buck and an whole lot of features that turn your device into a high tech burglar alarm, Mobile Alarm System is one must app for anyone who wants to get peace of mind against burglers.

For anyone who wants to try it before spending the hard earned buck, Mobile Alarm System  is also available in a free lite version that revels it’s power and seamless functionality.  The lite version comes for a sacrifice of two important features, camera movement sensor and phone movement sensor. But we have to admit, the lite version is powerful enough to alarm everyone around when a burglar tries to put his dirty hands or even eyes on your phone. 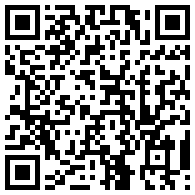 This Android app review was performed on HTC One X running Android 4.0.3

Previous: Z-Cross
Next: How to restore a bricked device, stuck on flash screen or in bootloops?